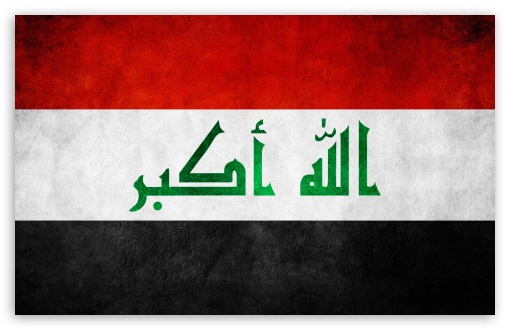 Sandy, a popular destination for your discerning squaddie. A thoroughly artificial construct invented by the British and Winston Churchill after WW1. Made up of four provinces from the old Ottoman (Turkish) Empire it is a cobbled up madhouse of Sunni, Shi'ite, Kurdish and Christian groups that only works when there's a ruthless and corrupt Sunni administration. Up until the 1968 Sunni Baath Party coup this was provided by an absolute Sunni monarchy put in place by err... the British.

The Sunni oligarchy ran the place quite well by Middle East standards until Saddam Hussein was removed from office by err... the British. OK already! I know! So they had a bit of help from the Yanks! The point is that the Sunnis are a little peeved at losing their political monopoly and having to share power with a lot of hairy-arsed Kurds and Shi'ites hence the recent difficulties.

Since 1980, when it took on the Iranian Army, Iraq has been, more or less, at war in varying degrees. To steal a line from an ARRSER (can't be arsed to find the link), it's Sunni and Shi'ite. The latest information from the Foreign Office ref. Iraq and Iraqis is that 'the Mesopotamian is a wily Arab, and should be treated with some caution. Don't drink the water.'

Iraqi - appertaining to Iraq, including the natives.